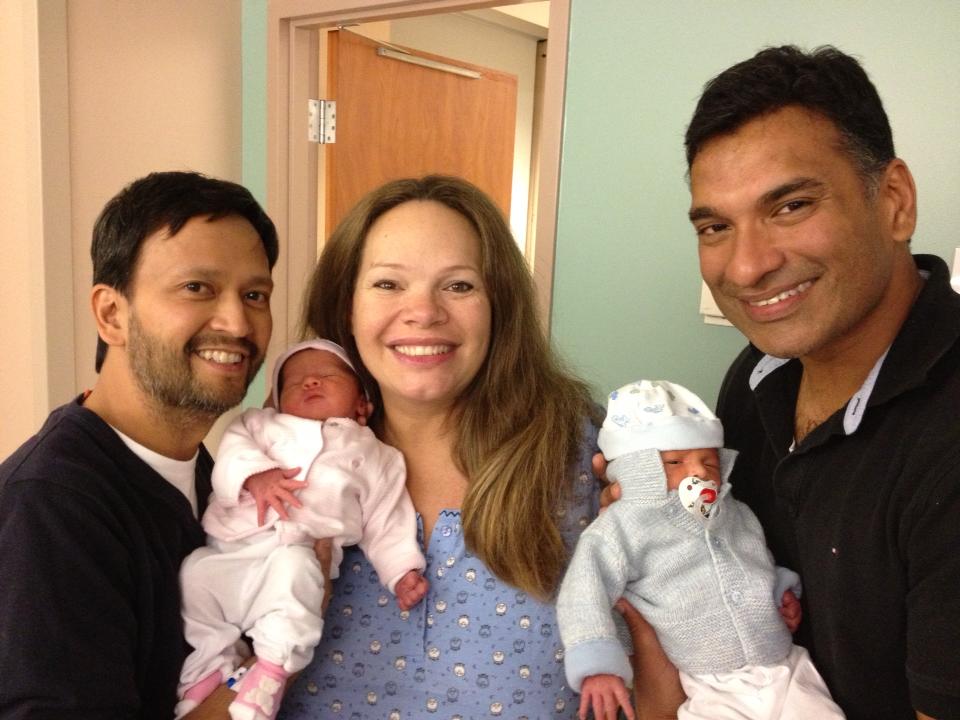 Why do women decide to become surrogates? And how does the process unfold? Canadian Fertility Consulting has started a new series of interviews with our surrogates to share stories from women just like you.  Women who decided to take a leap of faith, change someone’s life forever, and make their dreams come true. This is Jennifer’s story. 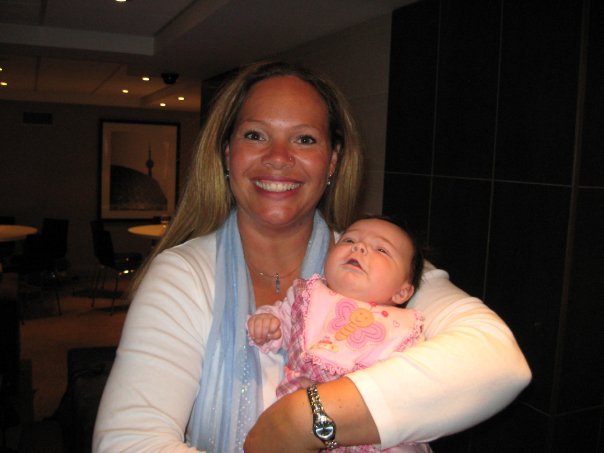 Why did you become a surrogate?

My cousin unfortunately had very serious issues with infertility. She had a number of surgeries before she was able to conceive and then she had a series of losses even after the surgery. I started investigating things like egg donation and surrogacy so I could speak intelligently with her about what was going on her life. After that I thought: this is something that I could do! Initially I did two egg donations, and in total I’ve completed four surrogacies with five babies in total.

Who supported you most in your decision to be a surrogate?

My mother was hugely supportive, as was my sister and my husband. My mom thought it was brilliant, she said “What’s the age cut-off because I think I want to do it as well”. My sister has unexplained issues with her fertility. I have two nephews, so she was able to have children, but it took her years of time and the doctors have no real explanation as to why she wasn’t conceiving, so she was very intrigued by the whole process. My husband said: “What do you need?” He’s amazing that way and was on board with it. He said, “I understand how much you love children and babies, and I can tell this is important to you”. 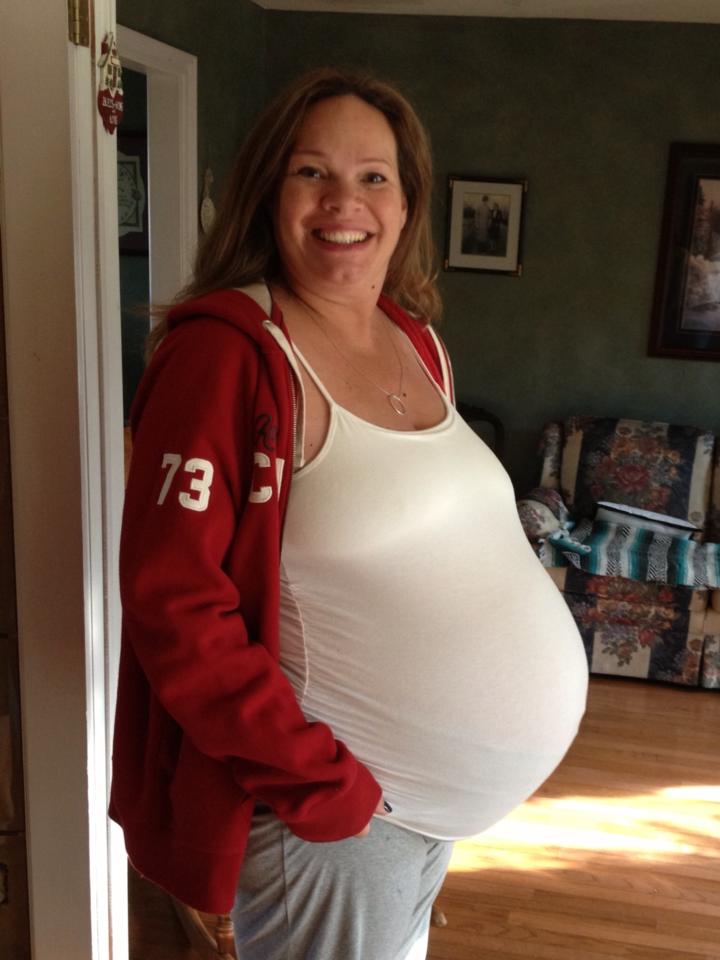 How did you explain surrogacy to your children?

I have three kids of my own, so in total I’ve given birth to eight, and my husband likes to jokingly call me Octomom! My two older children were in their teens, so it was actually very simple. They understood the concepts of infertility in a woman, and obviously the challenges that same sex couples have when pursuing a family. When I was matched with my first Intended Couple, my son was only six at the time. The Intended Mom was a cancer survivor, and I explained to him in very simple terms that sometimes, some parts of our bodies are broken. If we break a bone, we put a cast on it, or sometimes we have to put on a bandage if we have a cut, but some parts of us we can’t see if it’s not working properly. We can’t see if a lady’s body can’t have a baby, but because mine does, we can help someone whose tummy doesn’t work properly. So, for a six-year-old that was the most age appropriate way to explain it.

What was the medical process like, taking medications and having procedures?

It actually varied from journey to journey. I’ve had some cycles that were almost completely unmedicated, where all I took was a supplemental form of progesterone. I’ve also had other cycles where I took upwards of eight to nine different medications, some of them taken every day, and some taken at different times during the cycle. I’ve taken injectable medication, oral medication, and medications that have been administered vaginally. Some of the injections are subcutaneous, so just into the area around the stomach, while others are inter-muscular, so either into the thigh or into the hip. It’s usually twelve weeks of medication in most cases. In my most recent pregnancy, where I was carrying twins, my doctor thought I would benefit from anticoagulant therapy, so in addition to all of the medications related to the cycle, I also took injectable blood thinning medications for the first and last trimesters of my pregnancy.

Procedure wise, the transfer is very simple and is probably one of the quickest parts of the whole process. However, the evaluations prior to carrying were pretty significant. There were a lot of appointments to make sure I was medically and mentally ready for what is about to happen. 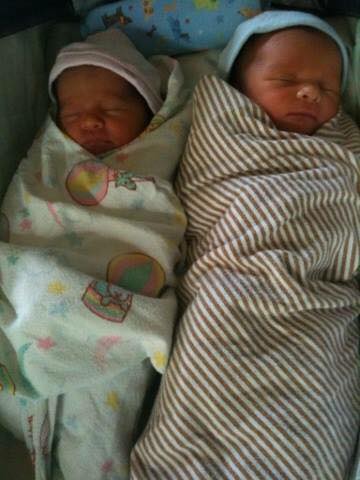 Why did you pick your intended parents?

For my first set of Intended Parents, I really connected with the mother. The dad was a bit quieter and harder to get to know, but I realised later that he was reserved because he was afraid for his wife and that she would not be able to accomplish her dream of having a baby. I think doctors are more proactive about trying to preserve fertility in cancer patients these days, but this was almost fifteen years ago, and she ended up having three different surgeries and could never have any children of her own. It was just awful. When we met, we ended up clicking immediately, we liked all of the same foods actually. That was one of our fist conversations, we were having dinner together and we couldn’t decide, and she said, “Let’s just order everything!”. We had this massive table of food that we all shared from, and I just felt this instant connection. My second couple I actually met socially through the surrogacy community, and we were really good friends, so I loved helping them. For my next surrogacy, when I found her it was like finding a friend. Throughout its been a very organic process.

With my first couple, I thought it was fantastic. But when we weren’t able to achieve a pregnancy it was devastating. I understand that we all have our reasons why we either stay in someone’s life or move on, but when our journey ended it felt like I never got any closure. Our relationship ended with a two-line email, and that was very difficult for me. They continued to be involved in the online community for quite a while, so I could be peripherally aware of how they were doing, but it definitely took some time to heal from that. I felt a bit lost, like I had lost my friends. With my other couples, I feel very blessed that we are still close. I get to watch their children grow up, which is marvellous. Overall, it’s been incredibly rewarding. 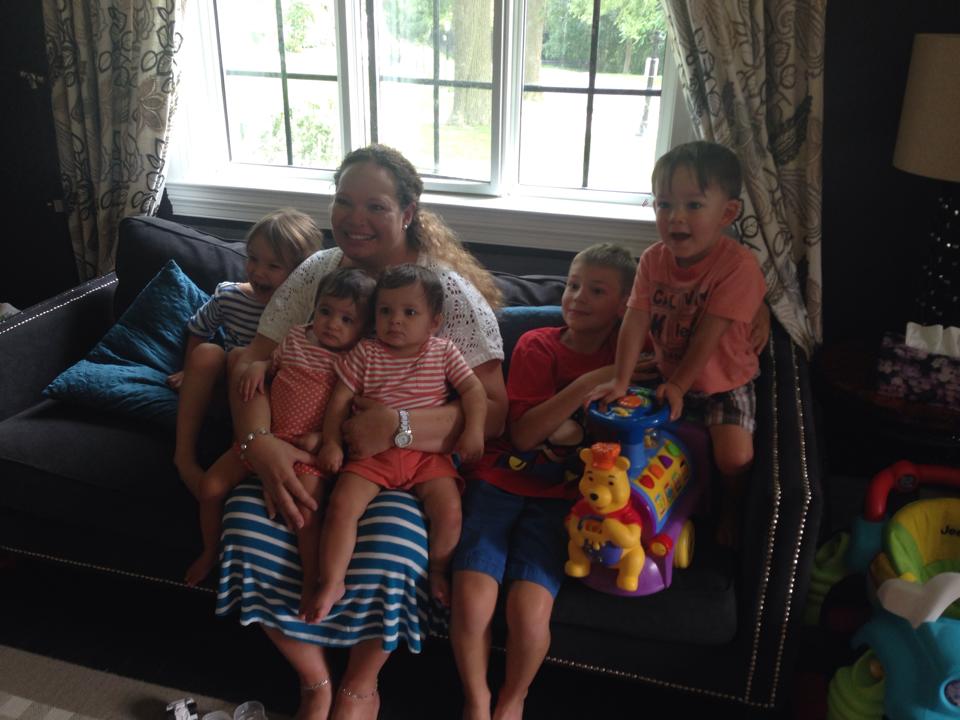 Did you have expectations about your relationship with them? Did reality turn out similarly?

I had hoped we would become friends and stay friends. Perhaps I would be able to attend the occasional birthday party, or if that wasn’t something the Intended Parent’s felt comfortable with, then they would share milestone photos with me. Unfortunately, with my first couple that wasn’t possible, but luckily it has been with my other couples. I’m very lucky, I get lots of phone calls and FaceTime, we get together for  family dinners and barbeques in the summer time – it’s all really lovely. The kids all know who I am. They know how desperately they were wanted for so many years, and how I helped their parents in bring their dreams to life. It’s really interesting to see them as they grow. The youngest is five and the oldest is eleven, and as they get older, it’s fascinating to me how the parents choose to share with them the story of how they were born.

I had a bit more sickness as far as nausea, but otherwise there were a lot of similarities to my own pregnancies. I tended to go to my due date and beyond, and I did that with my surrogate pregnancies. My children were quite generous birth weights when they were born, and so were the surrogates, they were hefty little ones. The natural deliveries were fantastic. The caesarian section for the twins was pretty difficult. The recovery for that was quite difficult, and luckily without the two young babies to care for I was able to really focus on my own wellness. 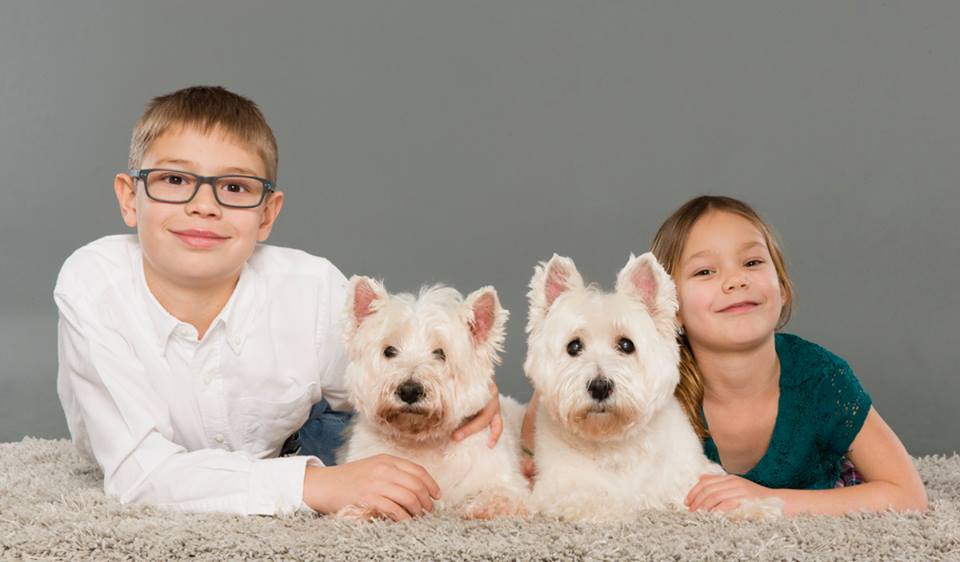 How did surrogacy change your life?

My family grew and I have very dear friends now that I would not have met otherwise. Also, I think my children have been given a really unique perspective on life, as there are some things that no matter how hard we try we physically cannot accomplish, but if our heart wants it enough, we can find a way to make it happen. I think that is something my Intended Parents taught both me and my children, that if there is something that nature, or the earth, or physics, won’t allow, if you want it badly enough, you can find another way. I’ve been involved in this community now for almost fourteen years, and I’ve gotten to know so many Intended Parents and literally hundreds of surrogates, and it never gets old. Everyone’s story is unique.

What was the best part of your surrogacy journey?

There are so many highs that it’s hard to pick just one! It’s a tie between the moment the children were born, and the parents first saw them, because that was incredibly impactful and it’s something I can look back on, and remember with great clarity, even though it is something that happened many years ago. However, those moments are equally matched by seeing their family dynamic now. The personalities of the children are fascinating. One of my surro-babes is an avid chess player, and every time I see him, he asks if I want to play chess, as though it’s something he has never suggested to me before. A couple of the children are multi-lingual, and it’s fascinating to ask them a question in English and have them answer in French and be able to switch back and forth with such ease. Their parents are all so incredibly enamoured with them, they love their children so much and their families are so beautiful, and even if they are giving them heck or praising them to the skies because of how good they are with their siblings, being able to witness all of that is such a gift. 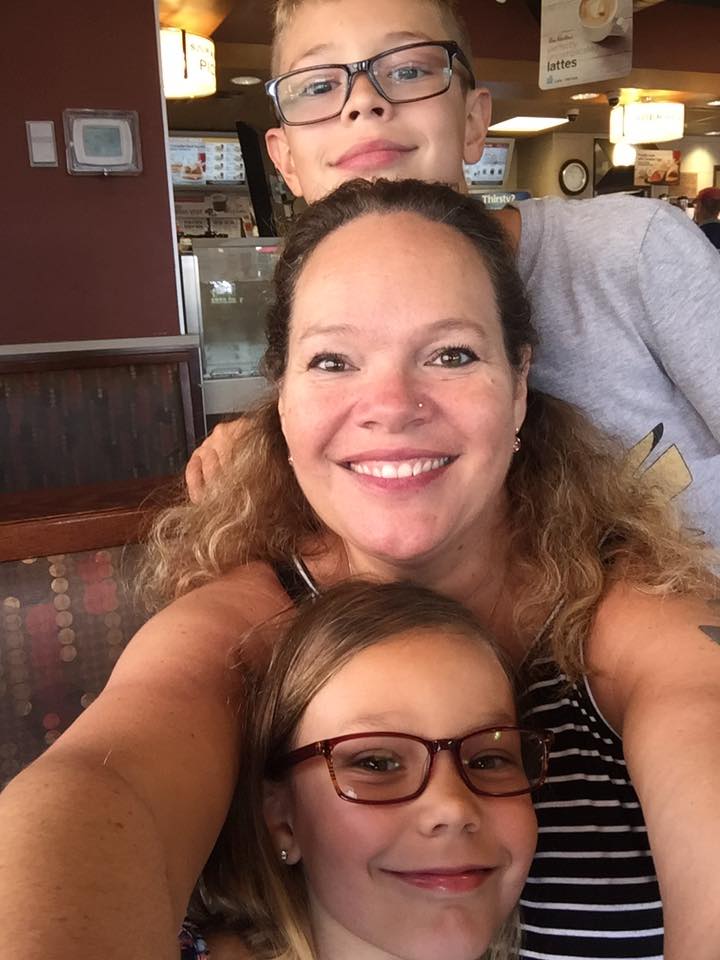 Would you consider being a surrogate again? Why or why not?

I would love to be a surrogate again; unfortunately, I cannot. It’s partly my age, it’s also partly because after my last surrogacy I had a routine surgical procedure that had some complications and I had blood clots in my lungs, so it wouldn’t be safe for me to take the estrogen dosage that is needed to support the early pregnancy, so while the heart is willing, the body is retired.

What would you say to someone considering surrogacy?

I would say: what are you waiting for? In terms of practical advice, I would recommend that you do your research. Talk to other surrogates and talk to your family, figure out who is going to be you most supportive partner throughout the process. In most cases this is going to be a spouse, but in others it may be a sibling or a parent. Find someone who has similar values and ask them how they feel about it. Rally your loved one’s around you, because they are an important part of the process too. For a lot of us who are considering surrogacy, I think we discover it and say: “This is great, this is beautiful, let’s do it!” but it’s a bigger thing that you may first think. That being said, the emotional reward is utterly immeasurable, and it’s going to be better than you ever imagined.

Thank you, Jennifer, for taking the time to share your amazing surrogacy story with Canadian Fertility Consulting.