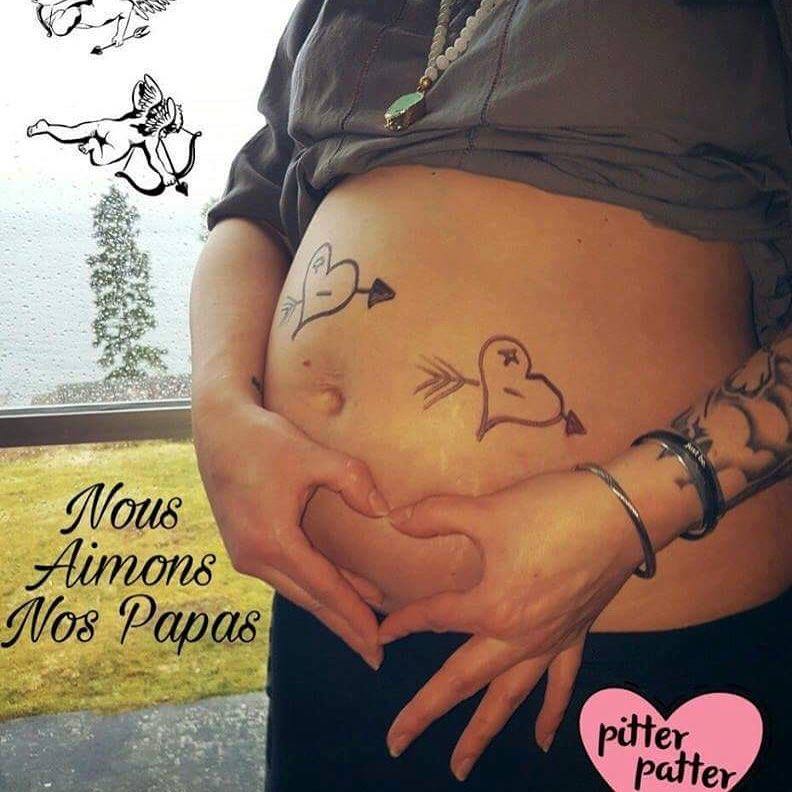 “Sarah, how are you feeling…..?” Everyone asks, and I can hear the undertones of concern along with the question, as if everyone is thinking it but don’t want to say it out loud……… “How do you feel after carrying the twins and giving them back…”

Now, I am not going to lie and say I feel nothing. Clearly hormonally and emotionally I have still given birth and feel a lot of things. It’s just very different than what I believe most people ‘think’ I must be feeling.

Before the surrogacy even started…. bear in mind that I have wanted to do this for years. I didn’t just randomly decide “Today I want to be a surrogate.” Right from the beginning there was a mental and spiritual disconnect from my womb, along with a pretty tight psyche evaluation

😉turns out I’m not crazy like I though. Just extra special

It’s foreign DNA being implanted in me. I have no genetic connection….. and I never connected with my growing belly as a mother and father does with their child. There is no singing or talking to or focussing on the life Inside. In fact…… I even resented the twins many days while I puked dozens of times a day. Doctors and nurses looked at me like I was funny in the head when they asked….. “how many movements do you feel in an hour” and I simply had no answer but… “I don’t know, I don’t pay attention.”

Fast forward to the Labor and delivery side of things. I wanted a natural birth so that I could heal faster. C section was an option and even felt like an easier solution to feeling no more pain for these people, but it was not what I wanted for me.

When I delivered twin A…. after a solid hour of pushing….. I yelled at the guys (who stayed behind my head the whole time) to come up and see their daughter. I watched with tears of accomplishment streaming down my face as the doctors placed her in her daddies arms for the first time. I had so many feelings rush through me in those first minutes. It was only a few seconds, and then the boys looked back at me. Both of them, with tears streaming down their faces, with so much raw emotion and thankfulness, pride, hope and gratitude. I can’t even describe it. All they kept saying is Thank you Sarah thank you so much Thank you thank you you did it you are a fucking magic unicorn.

An intense hour and 15 minutes later I successfully delivered their son. It was so hard. I kept telling my doctor I didnt think I could do it. So much pain, I was exhausted, my body shook and my soul was so afraid. I felt many times that I was simply going to faint. Baby B’s heart rate started going up, and the OB looked right at me and calmly said, “Sarah we NEED to get this baby out. I could feel the urgency in her voice. I felt a surge of strenght and energy flow through me suddenly. Two contractions later he came into the world.
The boys called me Amazon woman , and told me they were baffled by the strength I possessed and thanked me profusely for pushing myself so hard.

8 hours later I officially met the twins…… and they both opened their little eyes and stared at me while I talked to them. The little girl had an open mouth and huge eyes and looked at me as if I was an angel. I kept saying, oh my GOD they know me. The boys laughed like I was silly in the head….. obviously they know you….. They heard you and felt you for 8 months!

I realized that my disconnect was so strong I almost forgot they would know my voice.

The post I know is long. So was the journey. I have not one single regret. All the pain, all the agony and all of the things I missed out on in the past year all pales in comparison to what I gained and learned. I have so much respect for women who go through the IVF process, and so much compassion for families who are not fortunate enough to naturally conceive. Some people wait years and years and some never get their happy ending. My heart is full and overflowing as I look at pictures of the family I helped create. The family that wouldn’t be if I hadn’t sacrificed what I could for other humans in need.

People ask me, “Would you do it again?”
My response?
I can’t say that I won’t!