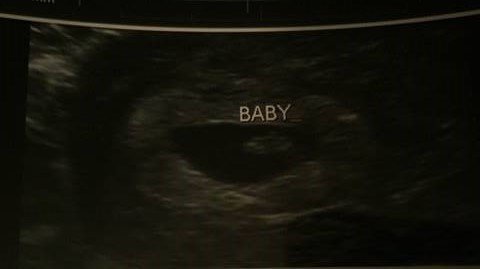 I sit here and write, as I am unsure of how to start. Some weeks are good, and some are not. And this week was not, at least on a personal level.

So it started where I had a little bit of bleeding. It started after a super stressful day, but bleeding is never something to take lightly within pregnancy. It ended up stopping, and I was advised that if it were to happen again, that I would have to go into the hospital.

Lets just note, bleeding in IVF is fairly common. Statistics state that almost 40% of IVF pregnancies will have some sort of bleeding. Common reasons include:

So it happened again a few days later, and in I went to the hospital. After the longest wait ever, and blood work and an ultrasound later, they could not define where my bleeding was coming from. They advised me to not lift anything heavy, not do too much, etc. Basically modified bed rest, even though there was no actual reason. But, blood is still blood.

I ended up keeping my ultrasound appointment for a couple days later, because I didn’t get to receive pictures from the procedure at the hospital. And there it was.

One very healthy little baby with a heartbeat of 124. 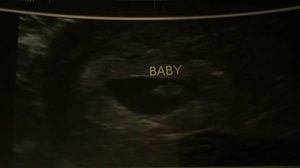 So were currently just over 7 weeks pregnant, and we are still just grateful that this baby is growing strong. People still don’t know my two wonderful men are expecting a baby, and it is probably killing them not to tell anyone. But lord knows they are asking. LOL.

I “graduated” from my fertility center with my last shipment of meds, and got my file transferred to my midwife. It was a breath of relief in a way, only carrying one baby, because I’ve been dreaming about having a birth in the water birth center in my city. I tried to last time, but the baby I was carrying obviously had other plans. So we are going to try again, uncomplicated, unmedicated and hopefully not at a hospital. (I find there is zero intimacy about birth at a hospital, but that is just me.)

But my birth plan has definitely changed from what I thought it would be. I had been long distance with my partner for just over 2 years before he made the decision to move here to be with me. I was pretty shocked, as him moving was never really a conversation we had. I thought I would move there, as the farm he lives on has everything we wanted for a property, and was surrounded by everything we needed to manifest the life we wanted. 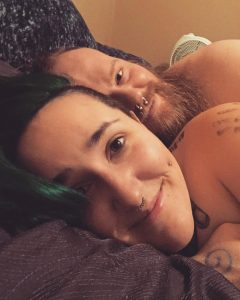 But either way, it was easy to get excited thinking about being around him a lot more often, no matter where we were physically. So he got here at the end of November, and we spent a month learning about how to live here together. He came to me in December and expressed a concern that he was having a hard time connecting to the city, and the place we had found, and how he was struggling about being so far away from anything familiar.

We continued to talk about it, and he agreed to stay for three more months, and if it was still a concern for him, we would discuss him moving back to the farm, or at least moving closer to everything he knew.

So he came to transfer with me, he met my guys, he was there for it all. But it was obvious that he was still struggling. I tried talking to him when I started to notice, but he was not ready to have that conversation yet.

Finally, just this week, he opened up to me about how he could not imagine building our life in the city, when his soul craves the country. The mountains, and the water. The quiet, and nights outside by the fire. And all of those things just wait for him outside his door on the farm. He talked about missing his family, and how he had struggled connecting to anyone here in a way that allowed him to feel supported.

So all week we were trying to pack. He wanted to leave sooner to start setting up his life over there, so that there would be an opportunity to move if I was in a good place after I give birth. But it was hard for us, and it didn’t help that I am pregnant, and on hormones on top of it. We cried a lot, we had a lot of really honest conversations, and some really harsh realizations of what we need to do to get to the point of us cultivating life on the farm.

So we literally packed on Saturday, and I didn’t realize just how hard it was going to be with him going back there, and us going back long distance. I tried to be okay, to be strong and supportive, but ended up falling apart more than once.

We spent most of Sunday morning and the early afternoon packing and cleaning and getting everything of mine back to my house with my daughter and my dad.

When our landlord came to do the final walk through and asked if we still needed a minute, I couldn’t imagine leaving, and so I asked if we could just have a minute alone, to close this small chapter of our lives. I cried a lot, and he had to be the one holding me up, even though he was the one who was leaving.

It has never been easy saying goodbye, especially when you’re not really sure what the next month or two looks like. Where you don’t know when you will see each other. But it is just about having faith, and believing in destiny. <3

Til then, there is just a lot of tears on my end.